Today I paid the deposit on the windows and doors.   The house will have a total of 13 windows, a front entry door and a rear door that leads to the screen porch.

I was particularly looking for windows with wood frames for the aesthetics, exterior aluminum cladding for the low maintenance and a high visible transmittance.  Visible transmittance (VT) is simply the amount of light the windows let through.   Some of the high-efficiency windows I looked at had VT values below 0.5.  In other words they let through less than half the light.  I'm going to have a beautiful view - I want to see it.  These windows have a VT of 0.71.

The windows that I found that fit the bill have to be imported from Europe.  There are manufacturers of high-efficiency windows in North America but very few that offer wood frame windows.  Luckily there's a distributor in Cambridge, Yaro Windows, that imports these windows.

The doors will be fully glazed as the triple-pane glass has a significantly higher R-value than solid panels would have.   I will admit that I'm a bit concerned about privacy for the entry door but I figure I can always add a curtain on the interior if it turns out to be a problem.

Many of the windows, particularly the large windows facing the lake will be fixed rather than operable.  The frames on the fixed windows are quite a bit narrower which not only allows for more glazing, and thus more light, but also makes the windows more energy efficient, as the R-value of the glass is about double that of the frame.  And while the seals on the operable windows appear to be very well designed, nothing's going to beat a fixed window for tightness.  Oh, and the fixed windows are significantly less expensive than the operable windows and these windows ain't cheap.


Here are the details on the windows:

Soon after purchasing the property I began playing around with designs using the design web site, floorplanner.com.    It became clear pretty quickly that the house I wanted was so different from the existing house that I wouldn't be gutting the house so much as tearing it down.

I did decide to keep the existing foundation both because it would save time and resources, and would perhaps make it easier to get approvals from the building department and the conservation commission. But the basement is very damp and almost certainly the source of the mustiness in the existing house.  It's also just barely tall enough for a 6' tall person to walk in without hitting his head, so while I will take some steps to reduce the dampness, I ultimately want the basement to be outside the thermal envelope of the house with a robust air barrier between the house and the basement.  The current plan is to build a small unconditioned room in the basement for a few of the mechanicals and a bit of storage.

There are times I think I should have been bolder and considered abandoning the existing foundation and building from scratch on an insulated slab.  I could have optimized the location of the house on the site and I wouldn't have had to worry, or spend money on trying to keep the basement dry.
No comments:

Over the past few years, as the kids approached college age, I've been keeping an eye out for lakefront property in the area, checking zillow.com every few weeks.  About a year ago a property came up on a lake about 10 minutes from my current home.  The house was fairly small (1150 sq. ft), the layout was terrible, it needed major updates throughout, and it was rather musty.   But it was on a quiet street, had a beautiful view of the lake and 140' of lake frontage.   Pretty much exactly what I'd been hoping to find.   Great location and a house that itself added very little value so that I wouldn't feel bad about gutting it and turning it into my dream home.

Well, that's exactly what I'm doing and what this blog is about.  In particular I've long been intrigued with the notion of living in a ultra energy-efficient house - partly because I've got a bit of tree-hugger in me, but also because I'm not a big fan of the cold weather in New England and I'd like a house that's as comfortable in the winter as it is in the warmer seasons.

The house I'm planning on building is what the green building community refers to as a "pretty good house".  There are several energy-efficiency standards that one can aim for when building a green house, the most well-known of which is the PassivHaus standard.   The PassivHaus standard is quite rigorous and certainly results in an extremely energy-efficient house.  But it does add cost - if nothing else in the modeling required to attain the certification, but also in achieving a range of performance numbers.  A "pretty good house" is an informal term for a house built with more of a focus on bang-for-the-buck rather than specific thresholds.   Most of the posts on this blog will be about the various technologies, decisions and building techniques that go into building a pretty good house.

The photos on this page are of the house before any work has commenced. 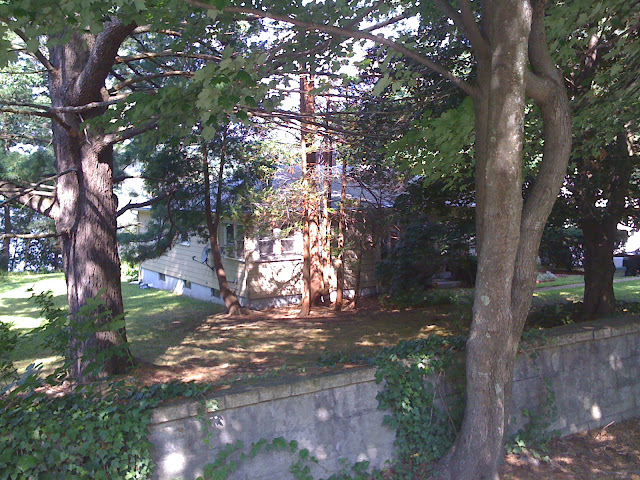 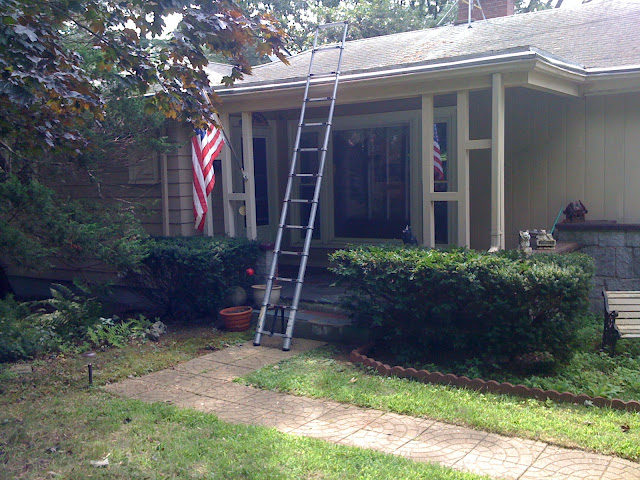