A bit of foam

Ideally this would be the order of events, now that the framing is done:

But the windows aren't here and aren't due to arrive until October 2nd.  So by installing a bit of foam just in the back corner, the builders were able to get started on the back porch. 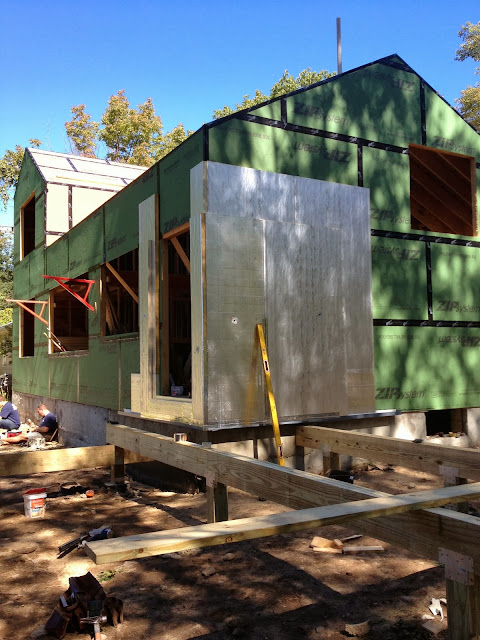 It's a bit tough to see in the picture above but there are two layers of 2" foam on that corner.  The outer layer ends about 18" below in the inner panel to keep the joints staggered. 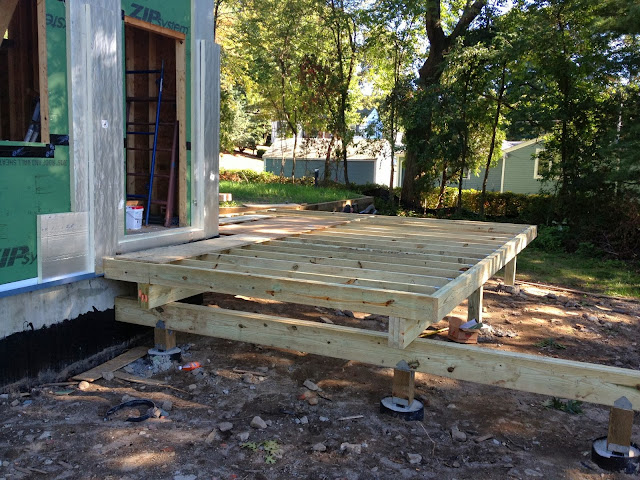 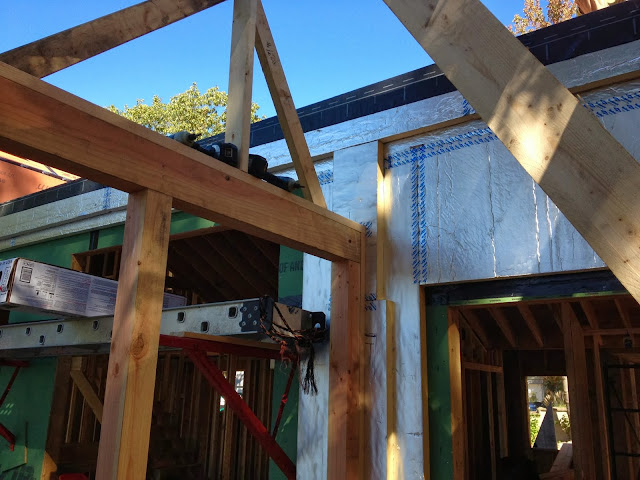 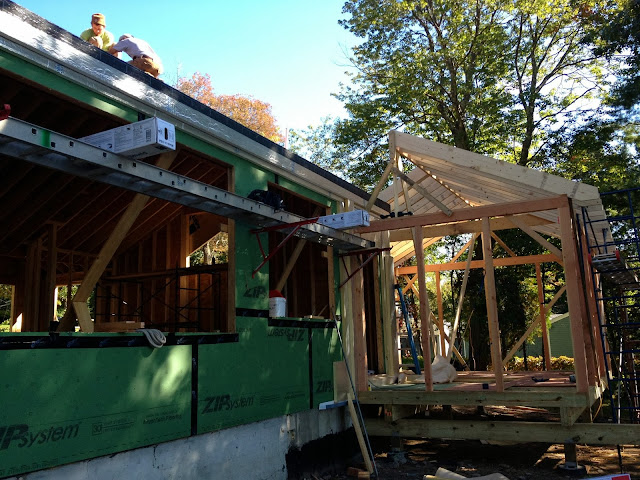 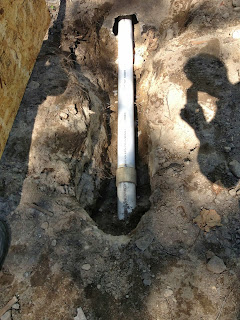 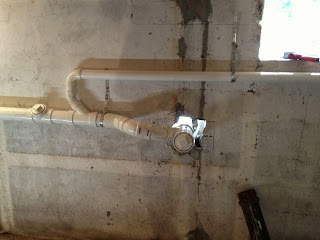 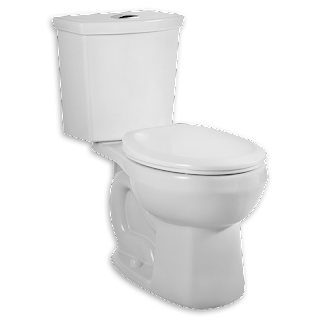 The rough plumbing has started. After months of obsessing research, I actually have to decide now about showers, shower heads, faucets, etc.

But the hot water heater heater is more relevant. In a tight, super-insulated house, a large fraction of the total energy usage goes toward hot water, so deciding how you want to heat your water is an important consideration. The choices boil down to: electric vs. natural gas and tankless vs. tank-type.  Oh, and possibly solar hot water as well. Greenbuildingadvisor.com has a great rundown on all the options for water heating.

Tankless at first seems very appealing. They're small; they have the promise of never running out of hot water and they don't have any energy losses while not in use.  The disadvantages: they're expensive to install, they're complicated and if they break, more expensive to repair or replace, they add a bit of extra time before hot water appears at the faucet, and they have to be sized for the worst case hot water draw.

Based on all that, I've decided to go with a tank-type.

So gas or electric? Given that I have a natural gas line running to the house, there's a strong argument that I should go with gas.  From a carbon footprint point-of-view, it's better to use gas, since a gas-fired power plant will use about 3 times as much gas to generate the electricity to heat a given amount of water as a gas hot water heater would use to heat the water directly. It's actually more complicated than that since some electricity is generated by solar/wind/hydro (better) and some by coal (worse).

You can probably already see where this is going - I chose an electric heat-pump hot water heater for several reasons.


The particular model I chose is the GE Geospring.  It's $1000 direct from GE and there's $300 federal rebate, so it'll wind up costing me about $700 plus shipping and tax and getting a 240v outlet installed for it.

So what about solar hot water?  For me, it just adds way too much complexity - a whole additional mechanical system that has to be installed, maintained and repaired.  Plus, with the increasing efficiency of photovoltaic panels, there a growing school of thought that it actually saves money to use the roof space for additional photovoltaic panels rather than solar thermal panels. 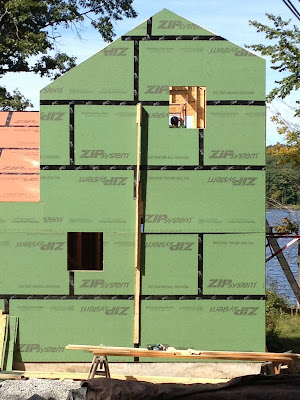 Finishing up the exterior sheathing and the interior framing. 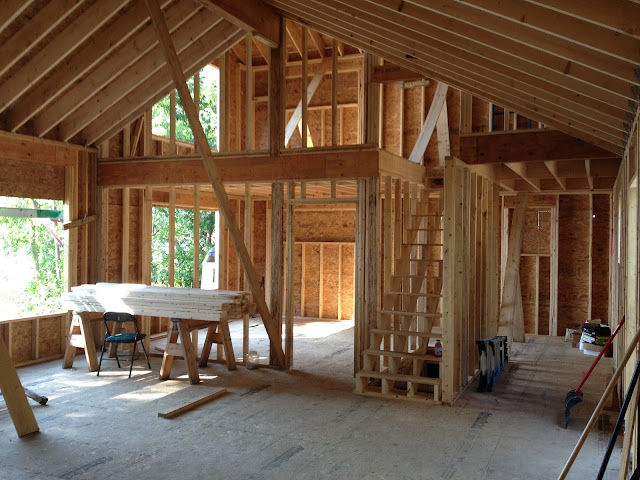 When a house is wrapped in exterior insulation, windows set in the plane of the wall framing are called "innies".  You can read more about about innies versus outies at greenbuildingadvisor.com.

Hopefully, between the interior framing, the deck, and the screen porch there's enough to keep the crew busy until the windows show up.

Speaking of windows, I've decided to move the kitchen window from the spot on the south wall right behind the counter to the upper part of that wall.   I gain a nice, high, almost skylight-like window, additional wall space behind the counter and a lot of privacy from the street.

Designing the half bath

There's going to be a small half bathroom on the first floor that will also provide access to the back of a built-in aquarium.   As I had a pretty specific notion of how I want it to be framed, I decided to bite the bullet and see if I could model it in Sketchup.  Luckily I stumbled upon a nice tutorial about using Sketchup to create a framing model.  Several hours later and I had the model shown below.

Not only did Sketchup help me to create drawings that I can now share with the builders, it also helped me to really refine the design of the room.  Pretty powerful stuff and even more so when you consider that the basic version is free.  Sketchup does have a fairly steep learning curve but it's worth the effort.  Now I wish I had learned to use it months ago to model the entire house. 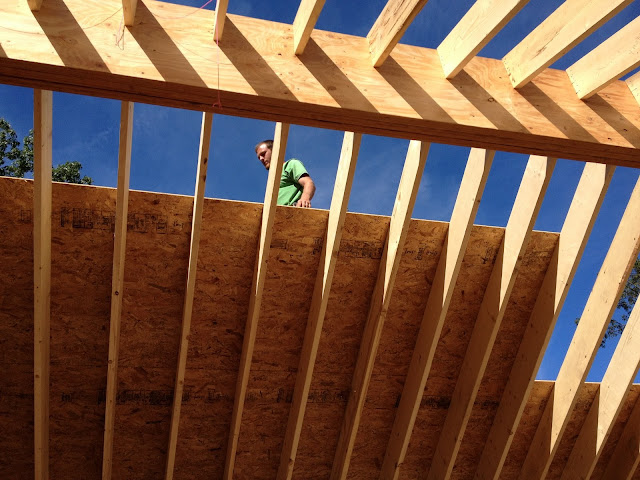 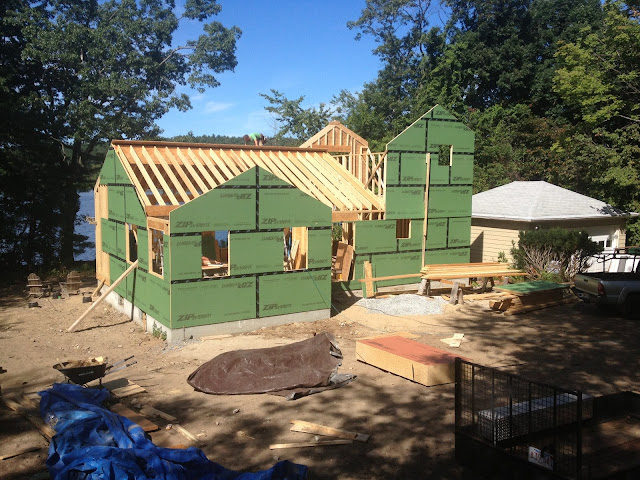 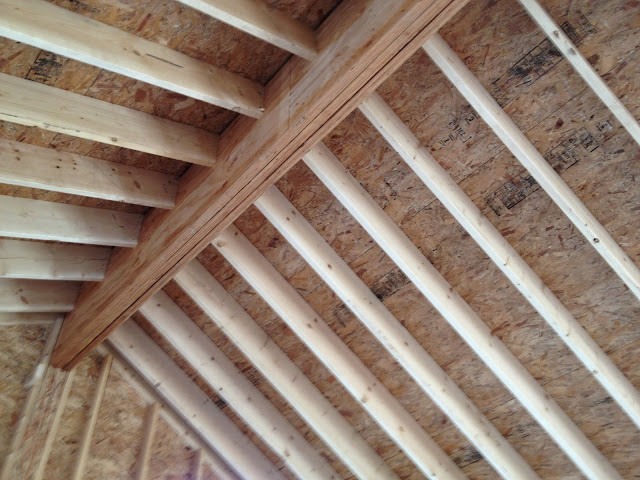 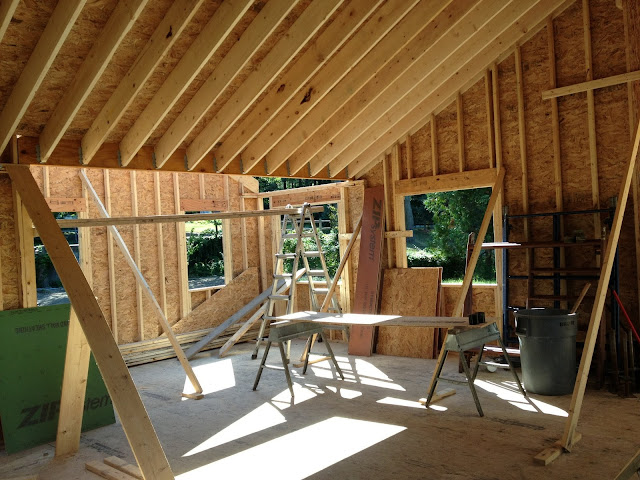 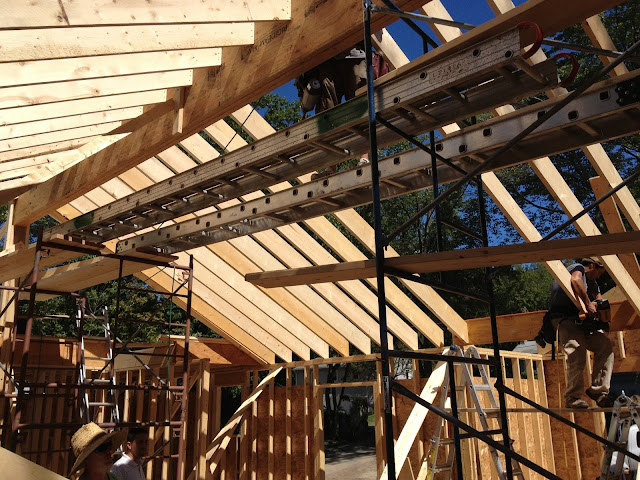 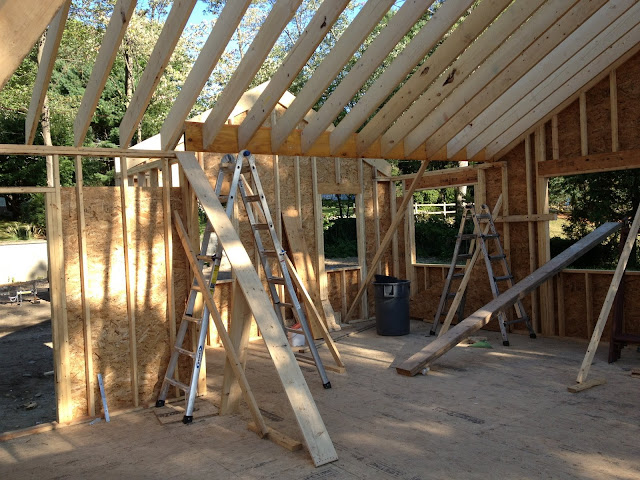