I'm always torn when it comes to removing trees.  They're such an important part of the landscape and they take so long to grow to a decent size.


That said, a huge white pine overlapping the location of the new leaching field for the septic system and a small stand of cedars that was growing right next to the house, had to be removed.

The other tree that I ultimately decided to remove was a very large Norway maple.  Norway maples are considered to be an invasive species in New England and the arborist (John Bakewell) highly recommended cutting it down, but it was definitely a visual anchor for the yard, and if you could look past its invasive nature, a beautiful tree.  John also said that it would make life a lot harder for the builders if the tree remained. (Late August update: that turned out to be a huge understatement!)


The stumps were removed by the excavation contractor who was also repairing the septic system.  Amazing what you can do when you have the right tools. 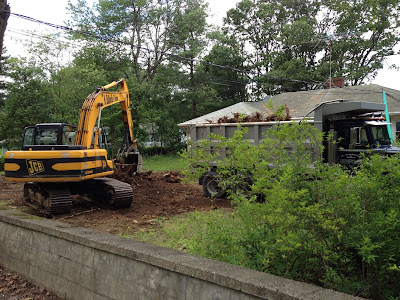 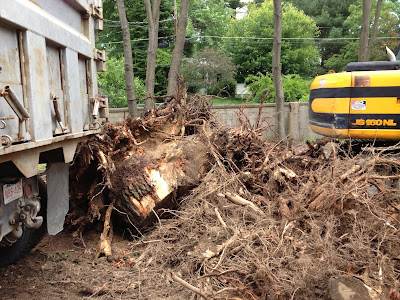 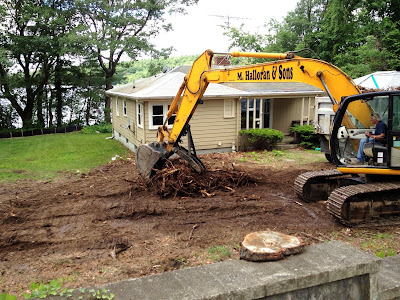