Whirlpool announced it back in July, I was able to order it in October and it wasn't delivered until yesterday (January 21), but I now own a real live, made for the U.S. market, heat pump clothes dryer. It's officially the Whirlpool HybridCare™ Duet Dryer with Heat Pump Technology.

Heat pump clothes dryers have been available for many years in Europe but this dryer and another recently announced from LG are the first to hit the U.S. market. I chose the Whirlpool over the LG primarily because the LG, for some reason, still has a vent to the outdoors. One of the major advantages of incorporating a heat pump into a clothes dryer is that the dryer can be ventless.  For a tight building enclosure that means one fewer penetration to be sealed. It also means that the dryer isn't taking conditioned air from the living space and venting it to the outdoors.

For those not familiar with heat-pump dryers, there's an explanation at the bottom of this post.

For now, here's the dryer: 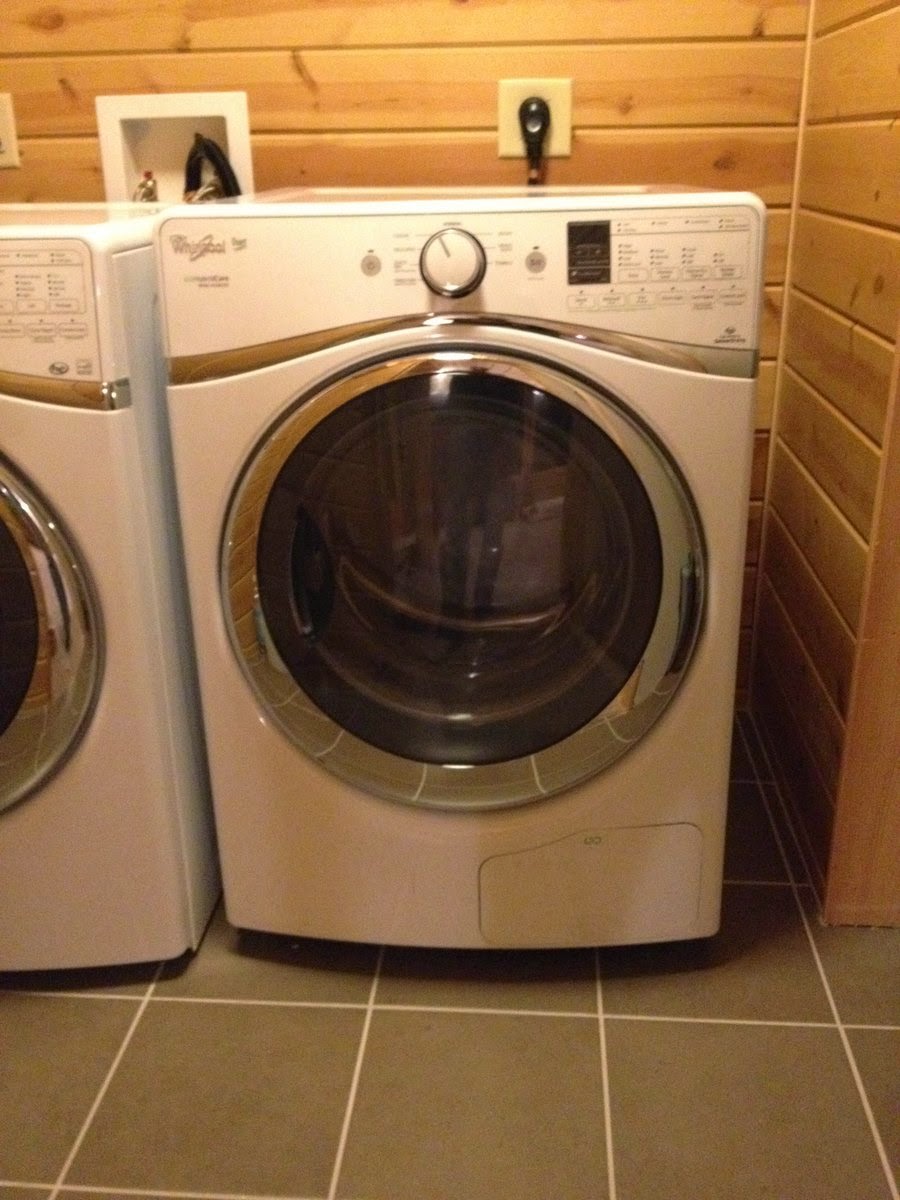 Looks pretty much like every other clothes dryer, doesn't it? From this angle the only difference you can really see between a standard dryer and this dryer is the panel at the bottom right which opens to allow access to the secondary lint filter. 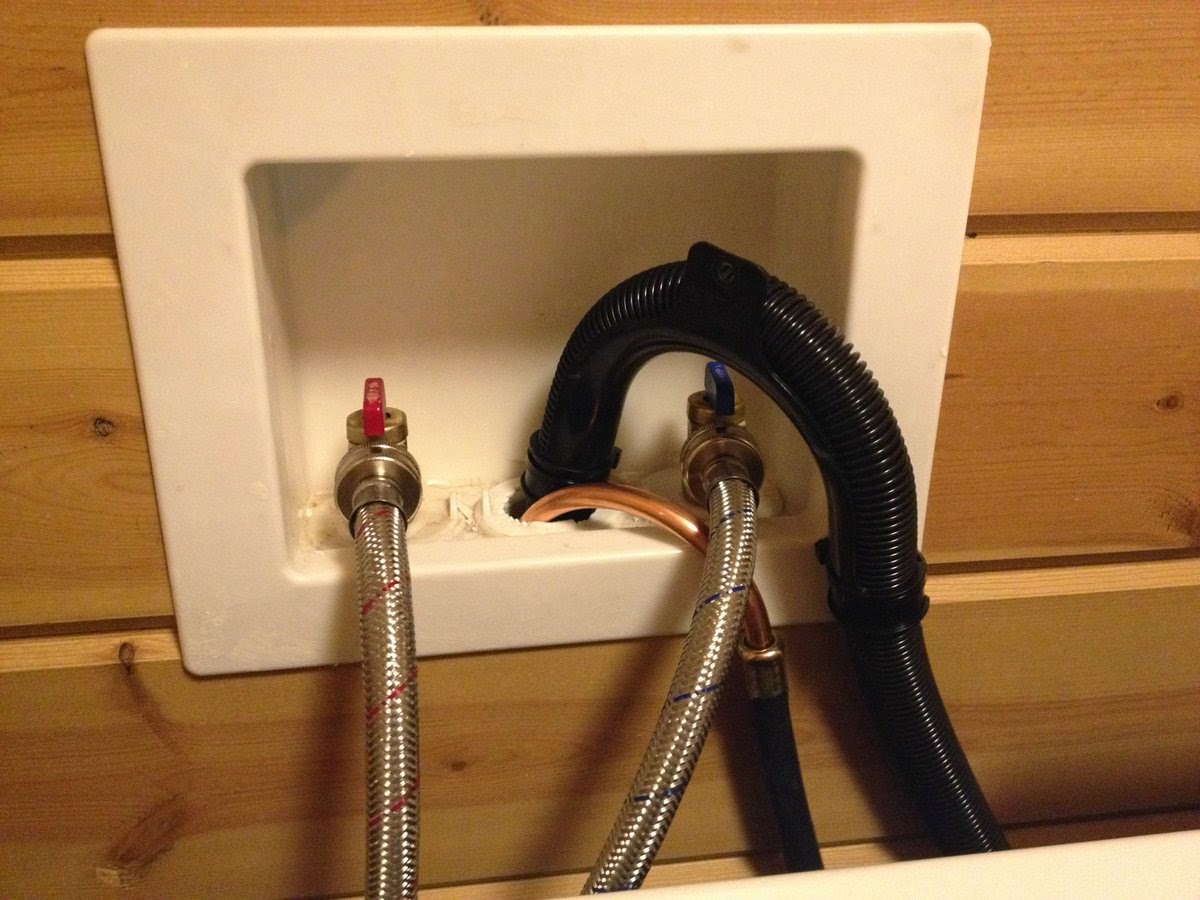 I ran a medium-large load tonight using the most efficient cycle and, well, it worked. It didn't seem to take terribly long (although I didn't time it) and the clothes came out not just dry but quite soft and with fewer wrinkles than the laundry from the last dryer I owned. In fact, the towels came out positively luxuriously soft. It is a bit louder than your typical dryer though - something to keep in mind if you're dryer isn't in an acoustically isolated area of your house.

The real downside to the dryer is the cost. I got it from ajmadison.com for $1399 with free shipping. That's a lot for a dryer. Of course, I'll save money every time I run a load, compared to a traditional dryer, right? To figure out how much I created this spreadsheet. It takes into account the amount of energy each dryer requires to run, the amount of energy a mini-split heating system would use to heat/cool the makeup air (for a venting dryer) and the fact that all of the energy used to run a heat-pump dryer stays in the house. This latter effect is a significant savings in the heating season and a significant cost in the cooling season.

According to these calculations, and based on prices for electricity and gas in Massachusetts, the costs per load are:

For a family that does 5 loads of drying a week, that's a savings of $1.90 per week during the winter and $1.00 per week during the summer for a heat-pump dryer vs. a traditional electric. Averaged out that comes to a savings of about $75 per year, which would bring the total lifetime cost of a heat pump dryer much closer to the cost of a traditional dryer. But unless you live in a very cold climate or dry an excessive amount of laundry, a heat-pump dryer, at today's prices, is unlikely to save you a lot of money.  If prices come down, or if the price of energy goes up, that could change.

While the cost may or may not be an issue, one great feature of this dryer that could turn it into a mainstream product is how much gentler it is on your clothes. Because it's not using heat alone to dry the clothes, it doesn't heat the air as much as a traditional dryer. Not only will clothes last longer but it might make it possible to dry clothes that you would otherwise need to hang dry.

The tricky thing with a condensing dryer is how to cool the air being pulled from the drum.  Some condensing dryers use a metal plate that is air-cooled and some use a scheme that requires a steady supply of cold water. Neither of these systems results in a dryer that is any more energy-efficient than a traditional dryer and they are much slower. The market for condensing dryers has typically been apartment buildings where running an exhaust vent isn't feasible.